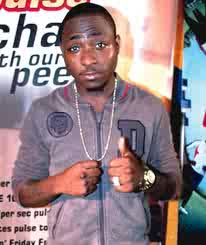 Rumour has it that, Davido and lots of other celebs were invited for that recently concluded Nokia Rap Battle show by one “Nosa”, a fast rising music producer/manager.
News has be spreading that Davido who was drunk to stupor insisted on leaving in a friend’s car instead of the one that brought him, and other top artistes and crew from the hotel.
Nosa being his host had to drive closely behind them, the car conveying Davido was stopped by some military men for the routine check especially at that time of the night.
This is where it gets interesting, sources revealed that the obviously drunk Davido jumped out of the car and started boasting “don’t you know me, what the fcuk is wrong with you guys…” He started shouting about who he is and what not.
This act, angered one of the Mobile police men and while the musician was still ranting and boasting, he was landed a thunderous dirty slap and was threatened with a gun to shut up if he does not want to be bathed in his blood.
We were told the musician was immediately rushed back into the car by Nosa and his friend who had at that point got down from the bus and pleaded with the uniformed men that he’s actually a popular musician especially in Lagos and was coming from a show.

Damn Davido, Na u do mscheeew for Mopol???

The Danish government have arrested and will eventually deport approximately 31 Nigerians who work as prostitutes in the country.
The ladies were arrested for holding false residency permits,working without a premit and vagrancy. The women will be counselled by social workers how are specially trained in dealing with trafficking victims while their immigration statuses are verified, and are scheduled to appear in court over the next few days.
I think I saw one that actually looks like your sister, you should check it up!!!
😐

Becoming a father for the first time is a big deal, so we may therefore agree that Jay-z deserves the private jet his baby mama Beyonce bought him for his first Father’s Day. It is reported that Beyonce gave Jigga a new $40 million Bombardier Challenger 850, which is somethimg most of us wouldn’t even dream of in our life time. The private jet has enough space for a living room, kitchen, bedroom and 2 super sized bathrooms.

When Don Jazzy launched Mavin Records many waited to see what his former partner would do in reaction, and not too long we heard Dej Jam was launching an Africa branch and D’banj will be its the president. Def Jam Africa is also believed to have signed on Davido, and since the news broke out Davido and D’banj have been like buddies performing and attending events together.

Now reports also say D’banj is set to launch his own record label, which he calls D’Koko Master Records and will officially launch it sometime soon. Right now the only artiste on the label is his brother K-Switch, but we are told other artistes on the label will soon be unveiled.
Stay tuned!!!

This is a photo of Prince William and his wife, the Duchess of Cambridge, during a Christmastime stop at a London charity project on Wednesday. Our very own country woman Vanessa Boateng took the prince to the dance floor and they busted a move or two, we like to believe it was definitely azonto, maybe FuseODG’s ‘azonto’ was going hard in the speaker.

You dust your shoulders off twice – Boateng

To register for MTN Project Fame Season 5 with your phone, simply:
Text your NAME & LOCATION to 35850 (MTN lines only) to get a PIN.
Then log on to projectfamewestafrica to complete the form.

Today being the 1st day of June. We are all thankful to be alive but even more thankful are the Ladies and Gents that have birthdays this June. These are all Kubvillians or Ex-Kubvillians. 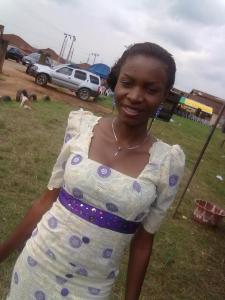